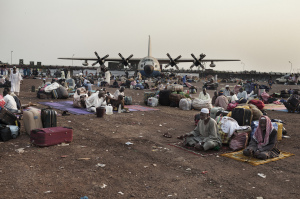 “Collaboration doesn’t enhance our reporting. It alone makes it possible. Our collaboration is designed to go beyond pure utilitarianism and cost-sharing. As a team of three collaborators with different backgrounds, we will bring international, continental and local perspectives to the table.” That’s how German journalist Peter Dörrie, South African journalist Simon Allison and Jean-Louis Gondamoyen, journalist from the Central African Republic, put their motivation into words why they are going to cover the civil war in the Central African Republic together. Their aim is to tackle the political reasons and go beyond the scheme of religious hatred as an explanation for the war that has been going on since December 2012. (Image: UNHCR/A.Greco) 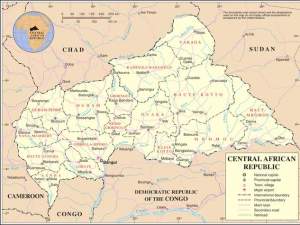 „Collaboration doesn’t enhance our reporting. It alone makes it possible. Working as an independent journalist in a country like the Central African Republic is a complex undertaking. In one way or another, one will always depend on cooperation with others to stay safe and to get to the heart of the story. That said, our collaboration is designed to go beyond pure utilitarianism and cost-sharing. As a team of three collaborators with different backgrounds, we will bring international, continental and local perspectives to the table.

We will be able to publish our findings in at least three languages. With six eyes to watch out for each other, one of us will always be able to take the time to notice the small but important details. Six hands make it way easier to ask intelligent and pertinent questions, while at the same time creating professional sound, image and video. And because we are plugged into different media networks, our collaboration also ensures that we will be able to publish the results of our research in a wide array of local and international media in a variety of formats, reaching the maximum number of people.” 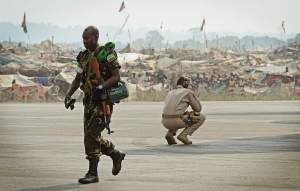 „The conflict and suffering in the Central African Republic is real. But so far, international media has largely resigned themselves to counting the dead and describing their deaths. And because in recent months fewer people have died in places where journalists can go and in less spectacular ways, the country has slipped out of the headlines. With our project, we want to contribute both to bringing back attention to the crisis in the Central African Republic and shifting the focus of reporting. While violent and brutal, the conflict in the Central African Republic is at its core a political one. Not inexplicable and senseless hatred is behind the killing, but fundamentally opposing views about the future of the country. And while its dead have to be remembered and the crimes have to be documented, the conflict’s roots, the grievances, demands and priorities of its protagonists are the real and woefully neglected story. 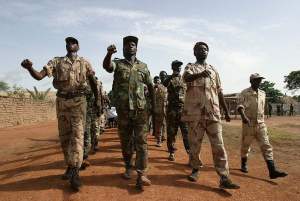 We want to go to the Central African Republic to ask those involved in the conflict a simple question: Where do we go from here? The goal is to contribute to a debate about the future of the Central African Republic. Because while the country is far from peaceful, only this debate can lead to an eventual political settlement and the end of violence.“ (P. Dörrie, S. Allison, J.-L. Gondamoyen)