How COVID-19 Affected Journalists in Eastern and Southern Europe 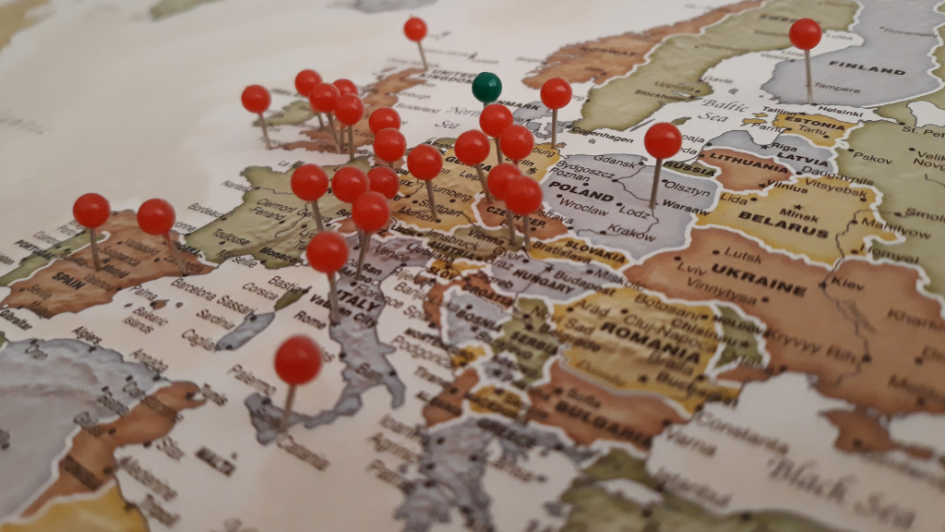 In early-2020, the Coronavirus pandemic began its global spread. It has brought considerable human suffering and major economic disruption – and with “second waves” cropping up in many areas, there are no signs that the virus will retreat any time soon.

The journalism industry was also hit hard by the pandemic – and freelance journalists in particular. While some countries implemented support measures to counter the virus’s negative impact on the free press, such support measures were glaringly absent in Eastern and Southern Europe. Many countries even used the emergency situation of the pandemic to impose restrictions both on human rights and on the freedom of the press.

To address these issues, in May, Hostwriter issued a call for applications for a program to support 20 journalists from Eastern and Southern Europe. The Agora Europe Journalism Grants Program offered emergency funding, along with networking and skill-building opportunities to program participants. As part of the application process, journalists were asked a series of questions about how the COVID-19 pandemic affected them personally in their profession.

In this article, we’ll take a look at the responses of the applicants to our support program, in order to offer a clearer picture of how the global health crisis has affected the media profession in Eastern and Southern Europe in particular.

A total of 131 journalists submitted their responses to questions on Hostwriter’s “Agora Europe Grants Program Application” form. Applications were received from 26 May until 22 June 2020. Respondents were specifically from countries in Eastern and Southern Europe.

One of the questions we asked journalists was whether they faced a loss of income due and 92.4% of the applicants marked “Yes” to the question. In their personal stories, many applicants cited the fact that they are freelancers and that the coronavirus reduced the number of stories being assigned and caused many media outlets to suspend assignments that were already in progress. A few freelance journalists also reported that many of their clients are taking several months to pay after the delivery of a project.

Some journalists pointed to the fact that advertising income was also significantly reduced by the pandemic, forcing many media outlets to limit expenses, cancel contracts with freelancers, fire staff reporters, or close altogether. One applicant said that an outlet he works with in Poland has cut reporter remunerations by 20% and has frozen all freelancer commissions, and an applicant from Croatia noted that his salary was reduced by one third. Another journalist noted that state-sponsored media in their country (Moldova) continued to receive support, but that many foundations have stopped providing funds for independent projects.

When asked if the current situation caused them to consider leaving the journalism profession, almost one-third of the applicants (31.3%) said yes. One applicant, a freelance videographer, said that he has lost two of his three clients and that he is struggling to get assignments from the one that’s left. If the situation does not improve, he says he will need to leave journalism and go into filmmaking or to work in advertising.

Other journalists reported that they are currently unemployed because the job market has completely dried up, and that they are reluctant to do freelance journalism work because the pay rates for freelancers in their country are extremely low. One freelance reporter in Italy noted that she has to supplement her journalism income by working on the side as a content editor and social media manager for companies and NGOs.

Journalists from rural areas described being hit particularly hard, as the loss of income and travel restrictions made it harder for them to have reliable access to the internet and to connect with their sources. A reporter from Albania noted that the pandemic situation is “threatening local journalism by leaving rural voices out of the spotlight in underdeveloped countries.”

The Broader Effects of COVID-19 on the Journalism Industry

One broader effect that the current pandemic has had on the industry as a whole, is that newsrooms are currently very focused on COVID-19, to the exclusion of other very important topics. There were three common reasons for this.

First, the topic of the pandemic was of utmost importance to the general public, which did give it precedence over other topics.

Second, restrictions imposed due to the Coronavirus affected the types of stories that could be covered. Border closures meant that journalists who wrote about human trafficking were unable to cross borders to fully investigate their stories. The stoppage of all sporting events meant that sports journalists had nothing to report on. Some reporters noted that they still had to report on certain topics, but were unable to travel and had to report remotely on these topics.

One reporter in Portugal noted that media find it difficult to devote time to stories other than what the government is saying about the pandemic, which means journalists cannot concentrate on other issues that citizens are concerned about. A reporter in Italy noted that space for in-depth stories has been greatly reduced – or even eliminated – because many newsrooms are simply “doing copy-paste from news agencies” and refusing any other stories.

Third, funding was redirected to focus on covering the coronavirus. An applicant from Ukraine remarked that grant organizations that had previously allocated money to journalists for various topics switched over to only providing funding for publications related to the coronavirus.

We asked applicants what would help them the most in their situation. “Funds” and “Assignments” were by far the top responses:

It is clear from the responses of the applicants that journalists who’ve been hit hard by the broader effects of the COVID-19 pandemic want to keep working in their profession, but are finding it difficult due to the reduced number of assignments they can find, and the financial hardship this is causing them.

Their stories also make it clear that newsrooms have been negatively affected due to a variety of reasons, and that it may require a lot of time for the journalism industry in Eastern and Southern Europe to recover – even at a time when the news is absolutely crucial to the citizens of their countries.