The European Cultural Foundation recently interviewed Hostwriter CEO Tabea Grzeszyk about winning the Google Impact Challenge and what that means for the organization and its plans for the future.

“We happily congratulated Hostwriter – whose co-founder Tabea Grzeszyk was part of the TANDEM programme – when we learned they won the Jury Prize at the Google Impact Challenge Germany last June. In their own words Hostwriter is “an open network that helps journalists to easily collaborate across borders.” After the dust settled down we seized this festive opportunity to talk with Tabea on her journey from starting Hostwriter, joining the TANDEM programme in 2015 to winning 500.000 euros in 2018. 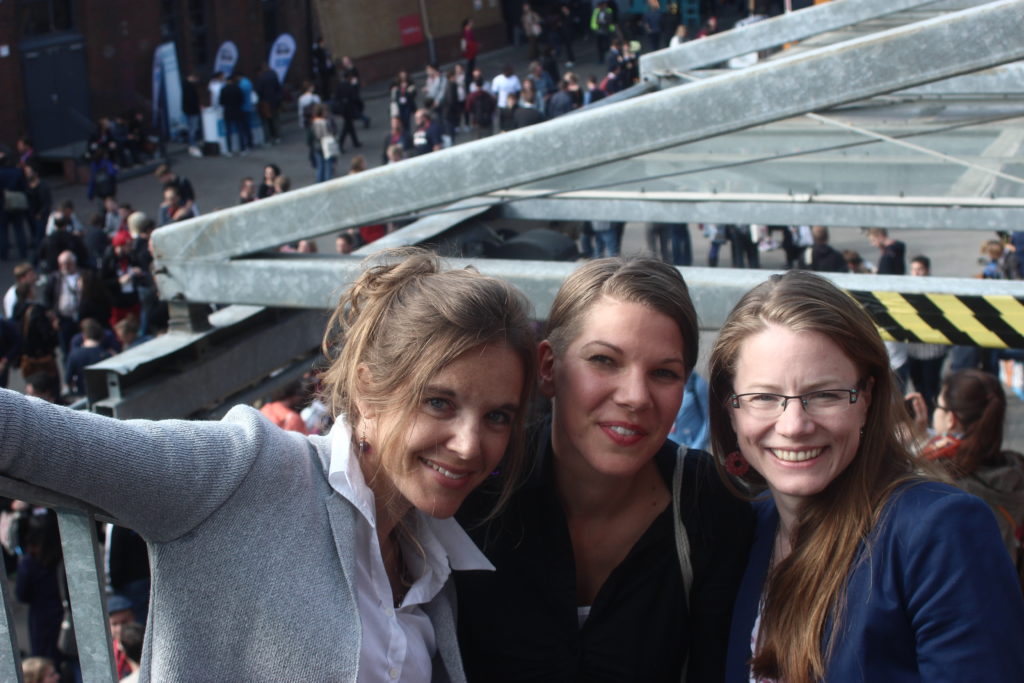 The founders Tamara Anthony, Tabea Grzeszyk, Sandra Zistl on May 7th when they launched Hostwriter live at the re:publica conference in 2014.