Oh, what a night! – The Google Impact Challenge Awards Ceremony 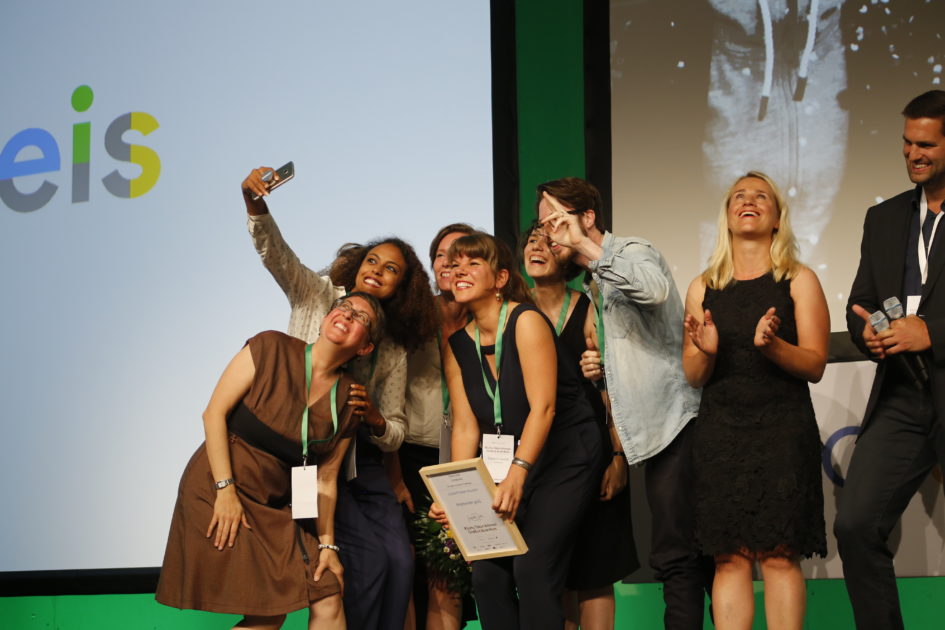 On 7 June 2018 in Berlin, the Hostwriter team gathered together at the Vollgutladen in Neukölln for the award ceremony for the Google Impact Challenge 2018.

We walked through a red hallway to enter the event space, which was already buzzing with excitement from all of the finalist organizations that had gathered to find out who would be the big winners of the evening.

For weeks, we had rallied our supporters to vote for us to win the Public Voting Prize. But to be honest, as finalists for the Lighthouse Projects category – which came with an award of €250K – we already felt like winners.

The ceremony began in real Berlin-style with the entrance of an energetic drum corps from the “BÄM! Berliner Äkademie für Marching Drums,” which got everyone pumped up. The motto across the stage projection screens highlighted the challenge’s motto: “Kleine Taten können Großes bewirken.” (Small deeds can make a big difference.)

All of the Lighthouse Project Finalists took the stage, where each would offer a short introductory speech about their organization. The speakers followed an order – until it came time for Hostwriter CEO Tabea Grzeszyk to speak. The moderator skipped over her and called the speaker from Tür an Tür instead. As he began his introduction, Tabea walked over and said “I believe it’s my turn.” By that time, the image on the big screen had already been switched to Tür an Tür, so Hostwriter was bumped to later in the introductions. 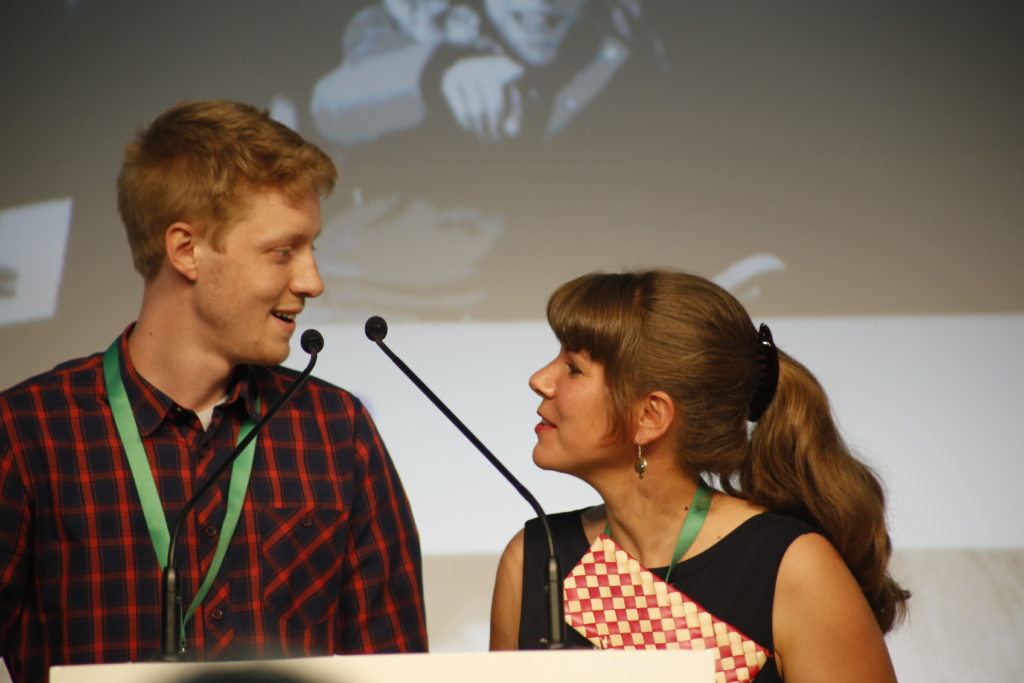 Sometimes things don’t go the way they were rehearsed!

When it finally was Tabea’s turn, she joked that “Sometimes, as a woman, you need to fight for your place,” and then spoke passionately about Hostwriter’s mission to connect journalists across borders. She ended her speech with a great flourish, attaching a #CROSSBORDERS bumper sticker from Hostwriter to the speakers’ podium!

Then the time arrived that everyone was waiting for – the awards. First up was the Jury Prize. A short video was shown featuring snippets of the videos Google’s team created as they interviewed the applicants and then stunned them with the announcement that they were finalists. Definitely a goosebump moment!

As we sat in the audience listening to the information about all of the great things being done by the Lighthouse Project Finalists, we started looking at each other. Could we even dare to hope to be named as THE Jury Prize winner? And then it happened – Hostwriter was announced as the project that the Google Impact Challenge jury selected to receive a total of €500K EUR in support of our projects to help connect journalists across borders.

We looked at each other. We stood up. We sat back down again. We didn’t know what to do. What was the protocol? We looked at Tabea, who stood up to walk to the stage and motioned for us to join her. So we all edged our way out of the audience and into the main aisle, where we hugged each other and clapped and hugged some more before heading up onto the stage.

Tabea received the official framed award certificate and the flowers as cameras and video recorders clicked around us. Thadeusz made some additional remarks and more pictures were taken. 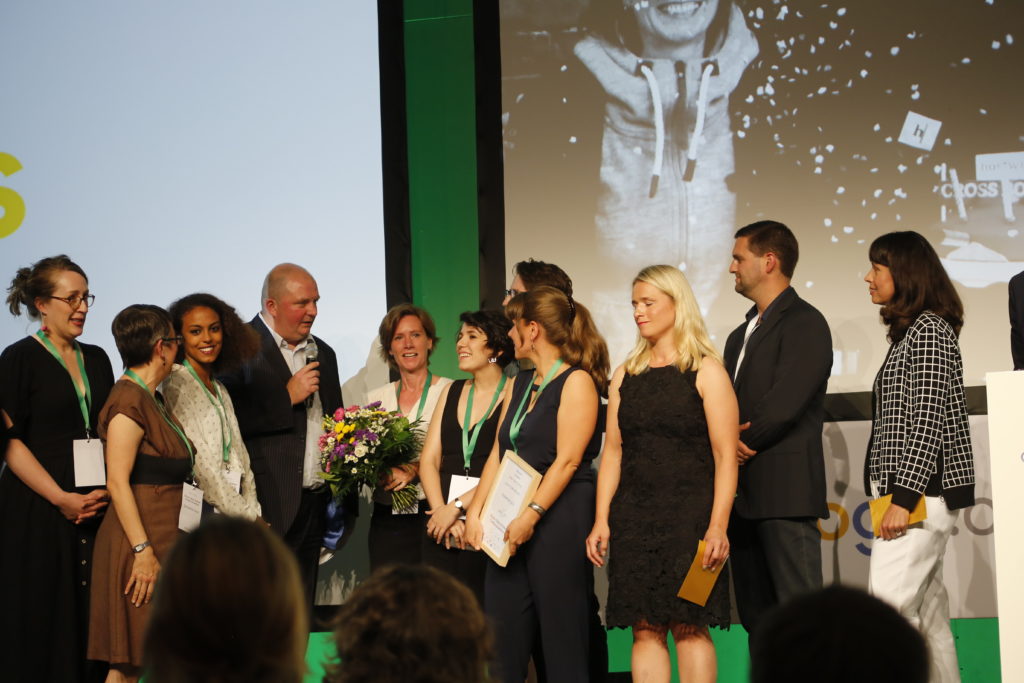 Fifty organizations received awards in the Local Projects category, so there was a lot of celebrating going on for the rest of the evening! 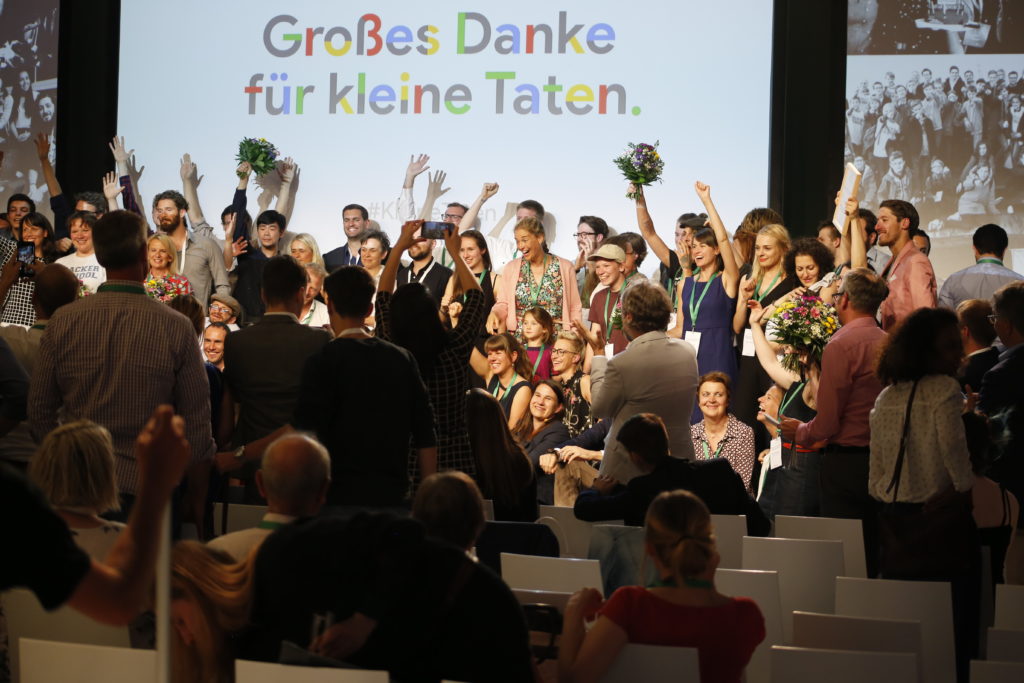 Several days later, we are all still pinching ourselves to make sure we weren’t dreaming. Scanning all the social media posts, we can see that we didn’t dream it. It all happened.

Now we can get down to work. With €500K, Hostwriter will be able to fulfill its big plans for connecting even more journalists from all over the world and promoting the concept of cross-border collaboration. We look forward to working with the folks from Google.org, betterplace.org and Ashoka.

You can find out what we’ll do with the initial funding here. 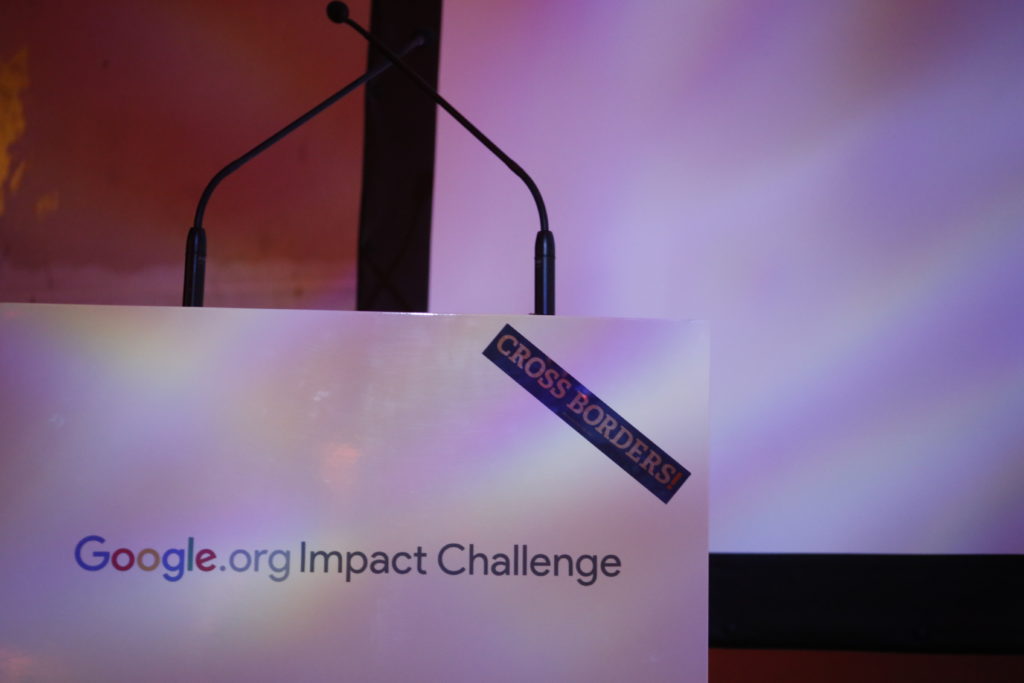