Hostwriter at the UNCOVERED: “Let’s have a basic income for freelance journalists” 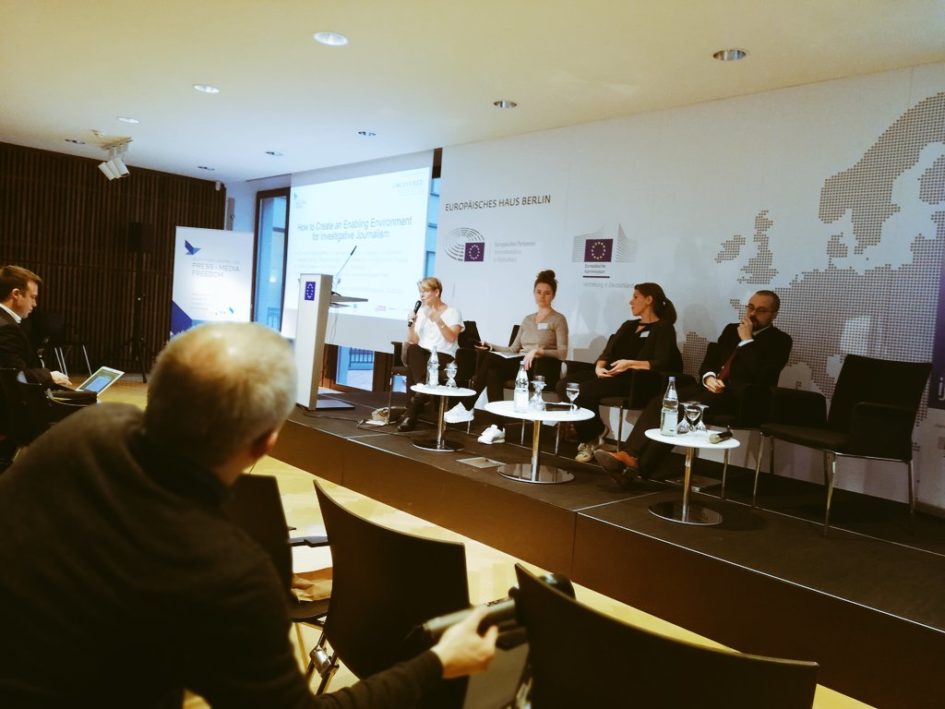 “We’re allowed to dream: let’s have a basic income for freelance journalists!” – Hostwriter’s CEO Tabea proposed during a very down-to-earth discussion on how to create an enabling environment for investigative journalists working across borders in the EU. The chat took place at at the Investigative Journalism Conference #UNCOVERED hosted by the European Centre for Press and Media Freedom ECPMF last week in Berlin.

"And how about dealing with privilege?", says @tabeszyk. If cross-border collaboration is the way to go, we'd have to look beyond Europe and give those journalists access. "We can't produce a story on migration without a journalist from outside the EU" #UNCOVERED #unbiasthenews pic.twitter.com/1Lx8cQ1nFJ

Professor and lawyer Justin Borg-Barthet, Jeanny Gering from the The Dart Center for Journalism and Trauma and Margit Stumpp, from Die Grünen were the other guests in the panel, moderated by investigative reporter Margo Smit. You can check the main highlights in our Twitter thread.

Transnational – & transcontinental – cooperation is also being used for massive #border control project, as #EU invests in biometric authentication that is reaching beyond #Europe into #Africa. Team including @ludojona from @fattoquotidiano investigates under #IJ4EU. #UNCOVERED pic.twitter.com/BYtg5GuXA3

We also listened to The Manifold‘s Augustine Zenakos presentation of their last project on abuse against children in Greece and Cyprus. Augustine happens to be a Hostwriter member too!

Thanks again to all the IJ4EU grantees for their great job and the European Centre for Press and Media Freedom ECPMF for organizing such a necessary event.