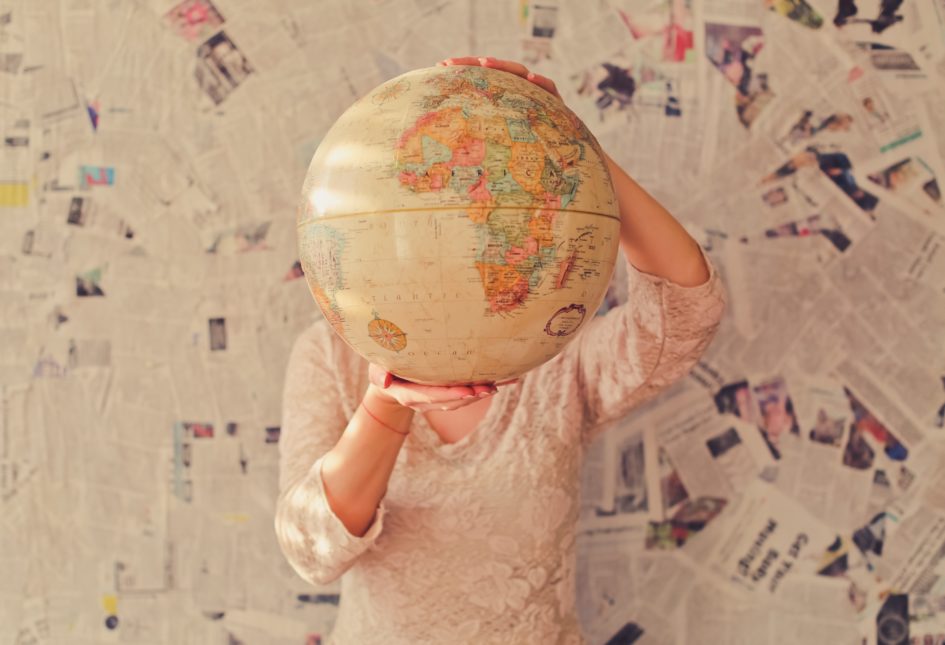 Photo by Slava Bowman on Unsplash

The example of Iran shows the double-binding discrimination that journalists, especially female journalists, find themselves in when wanting to travel for work

“The visa has been refused.” It was the result of my application, received from the Polish embassy in Iran, two days prior to my trip to Poland to attend the first Hostwriter Summit in Warsaw. I was one of the thirty ambassadors selected by Hostwriter, an open network that helps journalists to easily collaborate across borders. That day, I was the only journalist in the embassy. None of the four other visa applicants who were at the Polish embassy could get a visa. A young girl who was enrolled at a university in Poland was refused a student visa. Two other Schengen visas were also refused. All these with a similar simple sentence that says nothing of the reason behind the visa refusal: “Your intention to leave the territory of the Member State before the expiry of the visa could not be ascertained.”

When it comes to inequalities, most people think of those established economic or political ones. The global south, however, including Iranians and Middle Eastern citizens, are living through a double inequality of opportunity.It has, exceptionally, nothing to do with their governments. This is what most Europeans rarely give any thought to. Which Western citizens have ever crossed the time-consuming and sometimes offensive high barrier of obtaining a visa? Which Western citizens must wait three months, at best, and more than two years, at worst, to deliver his/her visa documents, while eventually most visa requests would be rejected?

Let me unpack the complex process of getting the visa in detail. Each applicant must submit all of the following documents to the embassy: A bank account statement to prove his/her financial condition, a certificate of employment, a pre-booked flight ticket and accommodation arrangements, travel insurance, and an invitation letter from the host person or organization. In addition, she/he has to pay a non-refundable amount of money — normally 60 Euros — which is almost equivalent to the monthly minimum wage in our country due to the current economic crisis of Iran. Some embassies, including those of Germany and France, have even entrusted their visa section to private companies that also receive additional fees.

Once you have provided all the documents and get the appointment, you must visit the European country’s embassy in order to explain the reason for your trip and answer some questions. Getting the embassy’s appointment is another difficult process. The appointment for cultural and touristic visas of the European countries, known as the Schengen Visa, should be booked at least three months in advance. For a student visa, it could be three months to two years in advance. It means that if you are invited to a conference which will be held a month later, you should abandon it. Or, if you have been accepted to a university abroad and the first semester will begin in September or October 2019, it is quite likely that you have to defer it for one year. And yet, it is not guaranteed whether you will be given a visa at all. Your visa request might be refused or approved arbitrarily, without any legal standards or transparency.

Meanwhile, Iranian women have to fight on two fronts. Following the unequal Islamic laws, Iranian married women must obtain a written consent from their spouse to leave the country. This consent, which is registered at legal offices, should be extended simultaneously with the term of the passport renewal. As such, the inhuman reactionary laws challenge the Iranian married women to leave the country, temporarily or permanently. But it is not just the Islamic Republic that is to blame for violating women’s rights.

At first glance, it seems that the Western countries are aligned with Iranian women’s rights activists. When it comes to the process of getting Schengen visas, however, one realizes that supporting Iranian women is nothing but empty rhetoric. Many single female Iranians cannot get the visa and travel abroad. They are, from the embassies’ point of view, potential refugees who presumably will not return to their country.

This is not an unreliable narrative but my own experience. Two years ago, I went to the German embassy in Iran, for the first time, to get a Schengen visa. “You do not have Family Dependence in Iran,” said the embassy’s document explaining my visa refusal. While all my family members live in Iran, the unwritten rationale seemed to be that I am single and have neither a spouse nor a child. However, not all Iranian females are exposed to such discriminatory visa regulations. Women of the upper classes can easily obtain a visa by overpaying a huge amount of money to travel agencies. Anything, including visa privileges, can be purchased with enough money.

If you are a women and a journalist, the pressure is even tighter. Iranian journalists are deprived of the opportunity to train in and deploy modern journalism practices. It is only possible by transferring the experiences of those few journalists who have studied abroad or attended foreign summits. Other than some media affiliated with the government, most Iranian media cannot afford to pay for foreign correspondents. Against this backdrop, the European countries that have always rightly criticized the violation of freedom of expression in Iran — along with the Islamic Republic — prevent Iranian journalists from any interaction with foreign journalists. As far as putting Iranians in quarantine is concerned, there seems to be no difference between the policies of Europe and the Islamic Republic.

Surprisingly enough, it is incredibly easy to get into “Fortress Europe” as an Islamic Republic official. Last year, Ayatollah Mahmoud Hashemi Shahroudi, former head of Iranian judiciary, who has signed hundreds of death sentences, went to Germany for medical treatment without any limitation.Many in Germany were outraged by his stay. It was only after the public pressure and a rally by the Iranian Diasporas’ in front of the hospital that he returned back to Iran. Based on some reports, many Iranian high-level officials in government have either American green cards or Canadian and British citizenship. Many others frequently travel abroad to visit their children who live and study in Western countries. Another example, Mahmoud Reza Khavari, the former chairman of Iran’s largest bank, Bank Melli, was involved in the 2011 massive embezzlement scandal in Iran. He went to Toronto and become a Canadian citizen. It looks as if as long as Iran’s ruling families continue to enrich European and North American banks, they are protected.

One might and should defend the free movement of people as a fundamental human right. Since the Iranian 1979 Revolution, it has become very difficult to get European or Schengen visas. A semi-totalitarian political establishment has created a dreadful isolation of its citizens, the lack of free movement between Iran and the West. Strict arbitrary visa regulations by European countries only worsen such isolation, not least for journalists.

Sudabeh Rakhsh is a journalist based in Iran, working for Shargh Daily, one of the most popular reformist newspapers in the country. She is on Twitter at @SudabehRakhsh.

freedom of movement, freedom of the press, press freedom, visas