Why Visa Privilege is a Press Freedom Issue 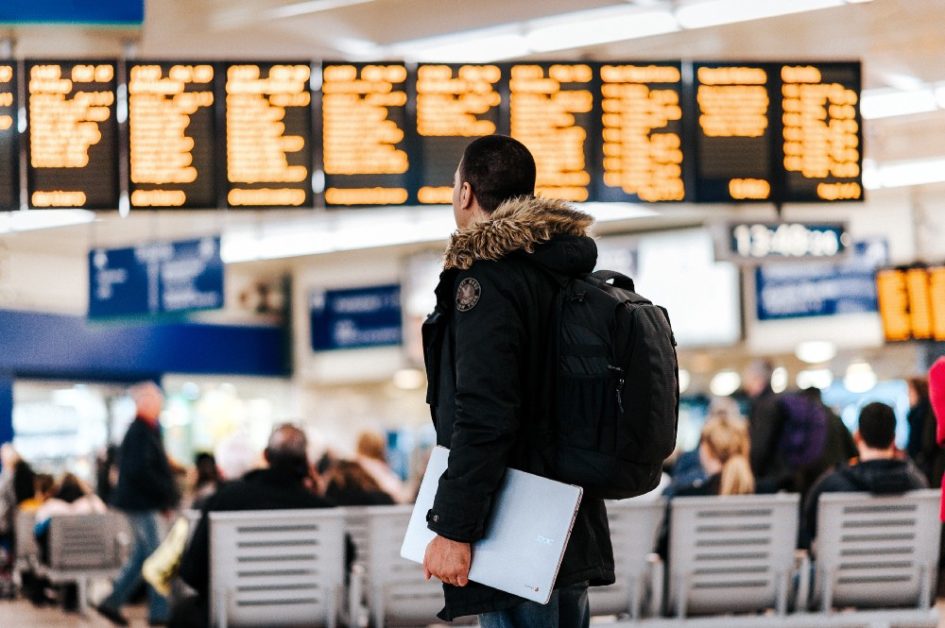 Photo by Anete Lūsiņa on Unsplash

Imagine two journalists want to investigate a story about corruption in the tomato trade between Gambia and Italy. A journalist with a British passport can travel to Italy cover the Italian side and then travel visa-free to Gambia in order to investigate further, giving them a more colorful and complete story to pitch to publications. For a Gambian journalist, getting a visa to Italy will present a difficult and costly barrier that may limit her to writing only on the Gambian side of the issue. Who is more likely to get the byline? If the story wins an award, who will get it?

The question of who gets to frame the story and who is centered in an article or investigation is highly dependent on who is allowed to cover it — and in many cases, that is prescribed by unfair, arbitrary and discriminatory visa regulations.

The Universal Declaration of Human Rights from 1949 enshrined two rights that are essential protections for cross-border journalists: the right to freedom of expression (article 19) and the right to leave your country (article 13). Unfortunately, both are under threat all over the world. But while we tend to be well-versed on regimes that limit freedom of expression in numerous ways — such as in arrests of journalists, censorship and threats and coercion from powerful forces within a country — we rarely think of the second right and how countries in Europe and elsewhere restrict it through their discriminatory visa laws.

We at Hostwriter had the opportunity to experience this restriction on freedom of the press first-hand as we tried to bring international journalists together in Warsaw, Poland, for our first ever Ambassador Summit in September. The countries many of the journalists we invited came from are frequently toward the bottom of the list of press freedom indexes — countries such as Egypt, Myanmar and Iran — where there are severe, government sponsored threats to journalistic expression. But the country restricting their right to travel and learn about cross-border journalism was Poland, smack dab in the middle of the European Union, home to seven out of the top ten best countries for press freedom, according to Reporters without Borders.

Despite espousing a belief in freedom of expression and frequently criticizing other countries for their lack of press freedom, countries in the EU often present astounding barriers to journalists traveling here for professional reasons. From large, non-refundable fees, to invitation letter requirements, to pre-booked flights and random, unexplained rejections, the EU makes it hard — and sometimes impossible — for journalists from other countries to travel here for conferences, work and research.

In order to bring journalists to Warsaw for less than a week for our conference, we had to navigate a breathtakingly arbitrary set of standards for each country that appeared chiefly designed to make the applicant give up on their desire to leave their country, even briefly. For instance, in some countries, no local European embassy will issue a Schengen visa, so journalists must instead travel to the neighboring country to apply, sometimes multiple times.

In many cases, the Polish or EU embassy required a flight to be booked in advance in order to consider the application complete. But travel insurance doesn’t cover a rejected visa. So in effect, this means that individuals must buy an expensive plane ticket without knowing whether they will be able to use it, and cannot receive a refund if they are rejected. For organizations wanting to pay to bring journalists to conferences, this represents a huge monetary risk that may be enough to preclude an invite.

In addition, even if one gets a visa, they might still face barriers. For instance, one of our journalists was issued a visa for the Schengen zone, but was banned from flying back to their country through London’s Heathrow airport. Did you know that you need a separate visa simply to walk the hallowed halls of Heathrow while transferring flights? Well, we know that now.

Aside from the limits to investigations, consider the limitations placed on networking and professional advancement. Journalists rely on conferences to learn new techniques, network with others in their field and spread the word about their stories and work. When only journalists from some countries are able to attend, then they inevitably get the advantages that come along with professional exchange. On top of that, the restricted journalists may not be able to take advantage of fellowships and grants that are hugely important sources of funding and professional access. If a journalist is barred from leaving their country to accept an award in person, will they still get the award? And the prestige and name recognition that comes with it?

When asking why journalism is a field dominated by award-winning Western, white journalists, we cannot fail to reflect on how visa regulations shape this reality.

Two of the journalists we invited to join us in Poland were rejected entirely, after having booked their travel and accommodations. While the embassy had no problem with communicating the numerous and ever-changing requirements they had for the visa applications, they refused to tell us on what basis these professionals were rejected, and thus were prohibited from taking advantage of an opportunity to meet their colleagues, learn new techniques and in a small way contribute to press freedom in their own countries.

The next time you hear European representatives criticizing the harsh media regimes of other countries, ask yourself: what are those representatives doing to help improve the situation, and in what ways are they making it worse? Most of the world’s countries are bound by the human rights accords that protect a person’s right to leave their country, but this right is meaningless without the reciprocal right to enter another country. During a time of increasing restrictions, Europe ought to show it takes press freedom seriously, and stop blocking journalists from doing their jobs.

We won’t know what a truly representative and diverse media landscape looks like until they do.