A Collaborative Journey to Tell an Important African Story: An Interview with Patrick Egwu 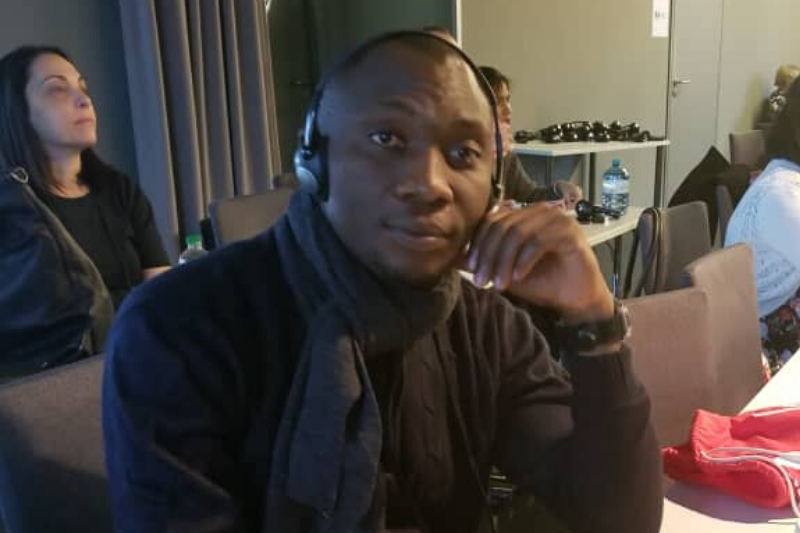 Journalist Patrick Egwu and his team – Mamadou Lamine Ba and Annie Njanja – won 2nd Place for the Hostwriter Story Prize in 2019, for the story “Nigeria, Kenya and Senegal: Three African countries providing solutions in fight against FGM.” The journalistic piece focused on the strategies adopted by individuals, NGOs and partners to provide solutions in the fight against Female Genital Mutilation in three African countries.

In this interview with Bernadette Geyer, Hostwriter’s Head of Communications, Patrick talks about how his team used Hostwriter as part of the process of putting together their story and offers tips for journalists who are interested in collaborating across borders.

BG – How did you and your team initially come together? Had you ever worked together on a story before?

PE – At first, the three of us – I in Enugu, Nigeria, Annie Njanja in Nairobi, Kenya, Mamadou Lamine Ba in Dakar, Senegal – met on Hostwriter. I was the one who first reached out to them for a possible collaborative project on Female Genital Mutilation [FGM] in our respective countries. Specifically, I reached out to Annie at first, and I was happy with the interest she showed. Then we brought Lamine in. It worked. They all agreed it was a story worth telling and we started the planning and execution process. Before that point, we had never met or done any collaboration previously. The Hostwriter story project brought us together and created a platform for our meeting.

BG – What were some of the main obstacles the three of you faced in putting together this story, and how did you overcome them?

PE – Everything on the story project ran smoothly except for a few lapses. First, Lamine was unreachable at one point because he was operating from one of the rural areas in Senegal. At that time, communication slowed down a bit until Annie and I decided we could move on without him and that whenever he was able to come back, he could catch up to where we were. We wanted to move fast as we could so as to meet the publication deadline. For instance, during our first Skype meeting with the team we put together via Hostwriter, he wasn’t available, but it didn’t affect anything. Annie and I had a successful Skype conversation on our progress with the project. Afterwards, we briefed Lamine on the outcome during our regular WhatsApp chat sessions.

Another challenge we encountered was finding a reputable publication with a wide reach that would publish our story. We reached out to some international publications, but they weren’t interested and so we found This is Africa – which, by the way, is a big media platform with global visibility. As a matter of fact, TIA’s main focus is on African issues – politics, health, education, innovation among others. So, it was a perfect platform for our story, which was about an African issue. When the story was published, it got a lot of reviews from the public, and a lot of buzz was created around it especially on social media. It got a lot of retweets, likes, comments and shares on Twitter and Facebook.

BG – How did winning the 2018 Hostwriter Pitch Prize help you?

PE – Our collaborative story on FGM wouldn’t have been possible without the Hostwriter Pitch Prize. It helped us to easily navigate through the financial hurdles we would have met along the way. During the application process for the Pitch Prize in 2018, Annie, Lamine and I came together and shared ideas via WhatsApp on how to come out with a stronger pitch that would win the prize. I suggested the FGM pitch and it was accepted by my team. FGM worked for us because it has a global appeal and because it focuses on health, which is one of the Sustainable Development Goals of the United Nations. Also, unfortunately, it affects Africa more. We were convinced the judges would respond well to the pitch since it specifically affects women and girls in local African communities. And so, when we were announced as one of the prize winners, we were very happy that our dream of telling an important African story would be achieved.

BG – Aside from winning the Pitch Prize, how did you and your teammates use Hostwriter to help you with the story?

PE – Our cross-border story wouldn’t have been successful without Hostwriter. It played a big role and provided us with the platform to first of all meet, and then to exchange ideas on how to carry out the story. In fact, it brought us together to begin a collaborative journey of telling an important African story. We would always come onto the platform – especially on HostWIRE – to check for tips or resources and any news or developments on the story we were working on.

BG – What are your top tips for other journalists who are working together on a cross-border collaboration?

PE – I recently published an article with tips for journalists interested in cross-border collaborations. These tips are very useful and I would continue to recommend them to journalists who intend to do cross-border projects or are already working on one. The top of these tips is finding like-minded colleagues who share the same passion and ideas with you. This, I think, is the most important aspect of your collaboration, because a bad and non-committed team can really affect the outcome of your story project. You should be able to get journalists who can go all the way with you and are, of course, passionate about telling the story you want to embark on, despite the costs.

If you, for example, see some red flags that a colleague or member of your team isn’t committed to the project, kindly drop them even before you begin. You can’t stand to see one person ruin your idea of telling an important story. Then, when you have formed a team, you all should decide on a good topic that has a chance to receive grants that would help you in your project. If you are in need of funding, the topic matters, and it is important that you have a thorough discussion with your team regarding a topic that works and will appeal to potential funders. Explore useful resources that would help you in your cross-border story. This is where Hostwriter – and other websites and resources like the International Journalism Network and the Global Investigative Journalism Network – come to mind.

You can read “Nigeria, Kenya and Senegal: Three African countries providing solutions in fight against FGM” at this link.