The winners of this year’s Pitch Prize are following a package of heroin from the Afghan poppy fields all the way to the needle in Europe.Their journey will take them through  Iran, Turkey and across Eastern-European borders. 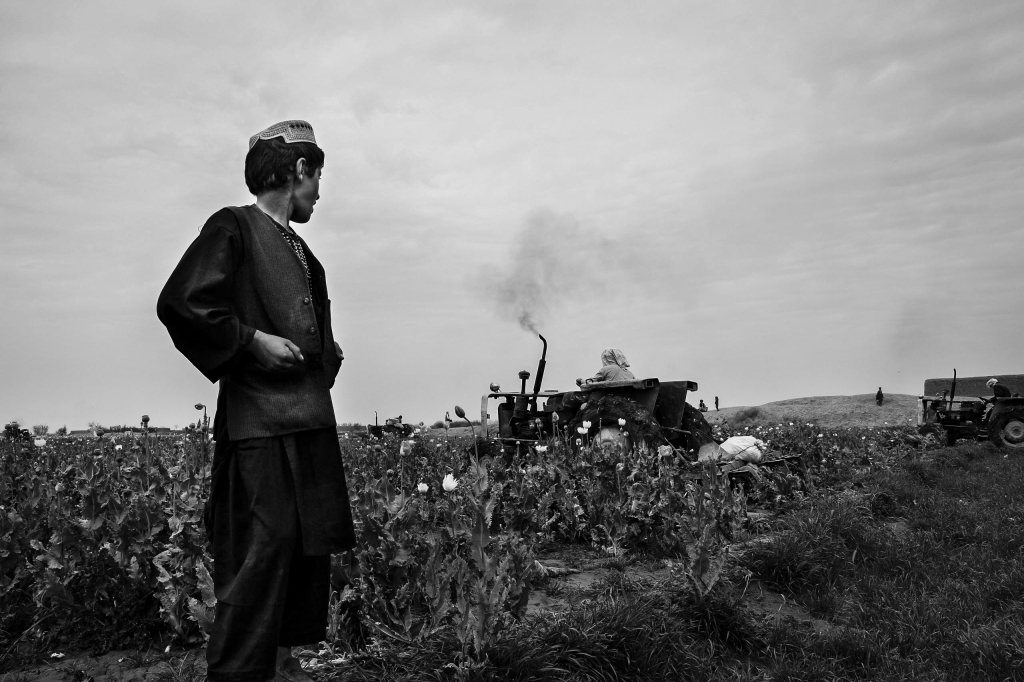 A farmer on his poppyfield watches Afghan police eradicate his crops.

Roughly 80% of the world’s opium comes from this province, which is the size of Wales.

“I get $1 for 1 kg beans and I have 16 mouths to feed. How can we survive? When the new poppy season starts, I’ll sell opium again!”, says Hajj Abdul.

After Afghan Counter Narcotics Police destroyed their poppy fields, many farmers in Helmand switched to alternative crops. They now regret this decision. It seems like Helmand province will retain its status as the world’s biggest opium supplier.