The winners of this year’s Pitch Prize are following a package of heroin from the Afghan poppy fields all the way to the needle in Europe. Their journey will take them through  Iran, Turkey and across Eastern-European borders. Read their updates from Afghanistan, Iran, and Turkey here: update 1, update 2, update 3, and update 4. 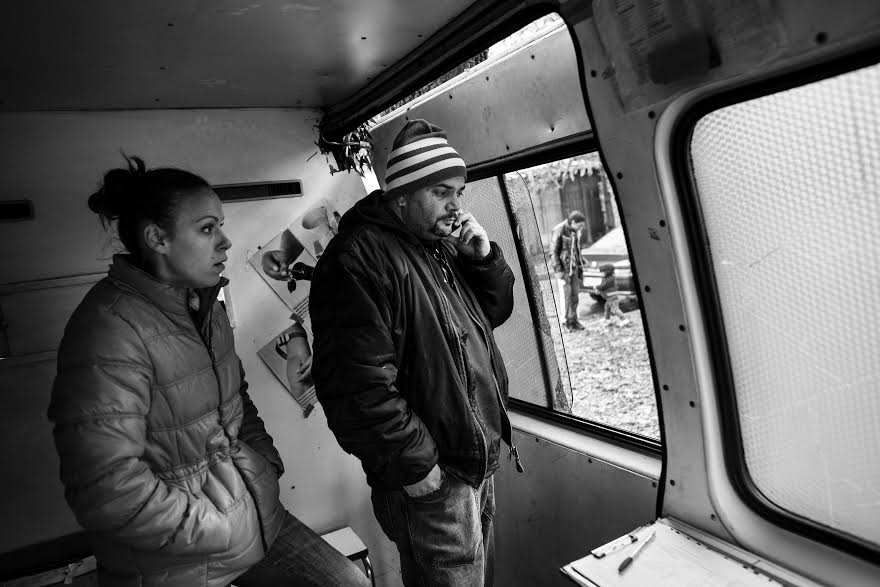 Mimi and Evgeni wait for addicts to come exchange their syringes, while Pepi plays with his daughter outside their home.

Nora, her son Pepi and his two children live in a corner house in Tatarli, a suburb of Sofia. Their friend Arthur sleeps in a wooden cabin in the front yard. Sometimes alone, sometimes with other addicts. They are all Roma, like most of the heroin users in Bulgaria.

Tightened border controls between Turkey and Bulgaria couldn’t prevent heroin flowing into the Balkans. Most of it is destined for Europe, but the local market gets its share too.

Nora started injecting in 1992, because of her former boyfriend: “Drugs and weapons have always been easy to find in this neighborhood. And they always will be.”

She deals together with her son: five euros for one shot of heroin; two for a shot of amphetamine.

When Evgeni and Mimi, two social workers from the Initiative for Health Foundation, park their van, Arthur comes to pick up new syringes. Sheltering from the pouring rain, he sits down for some small-talk and then lifts his trousers.

Immediately, the van fills up with the smell of rotting flesh. His left leg, twice as thick as his right, is covered with purple-colored gaping, oozing wounds.

He refuses any medical help. Then, wrings his swollen ankle in his black Nike shoes and limps onto the street.

“No doctor can save that leg”, says Mimi. 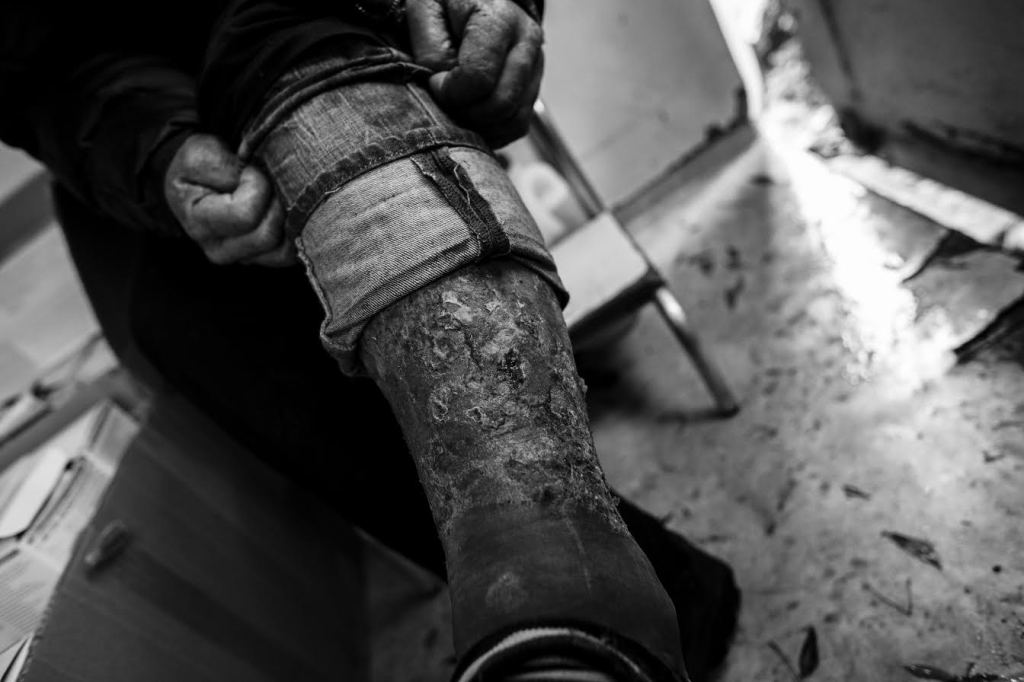 Arthur shows us his infected leg. 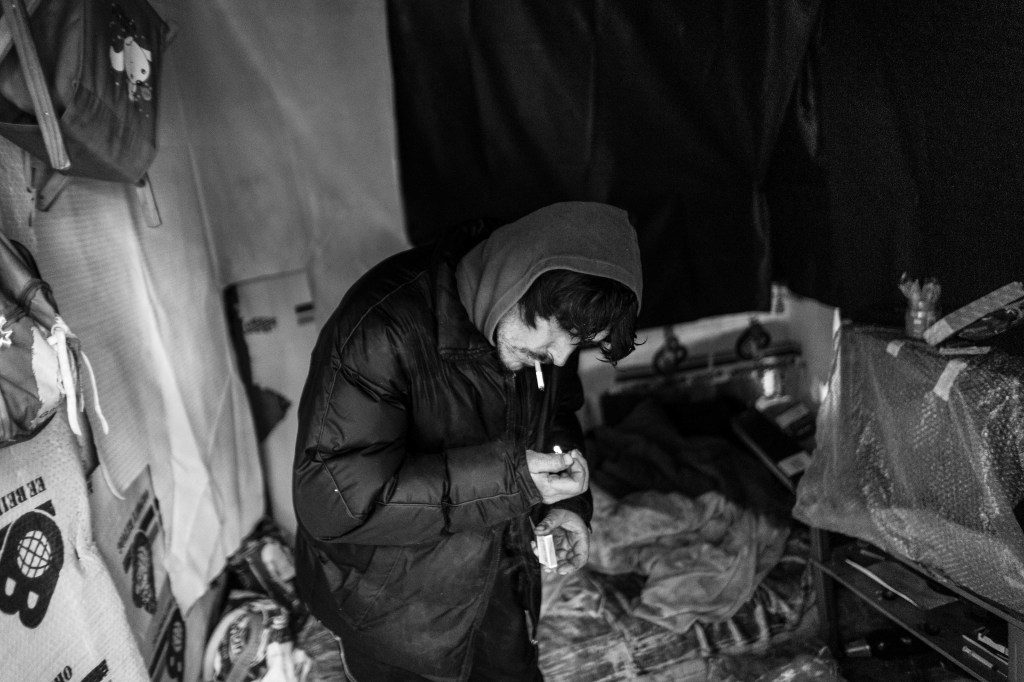 Arthur lights a cigarette in his wooden cabin outside Nora’s house. 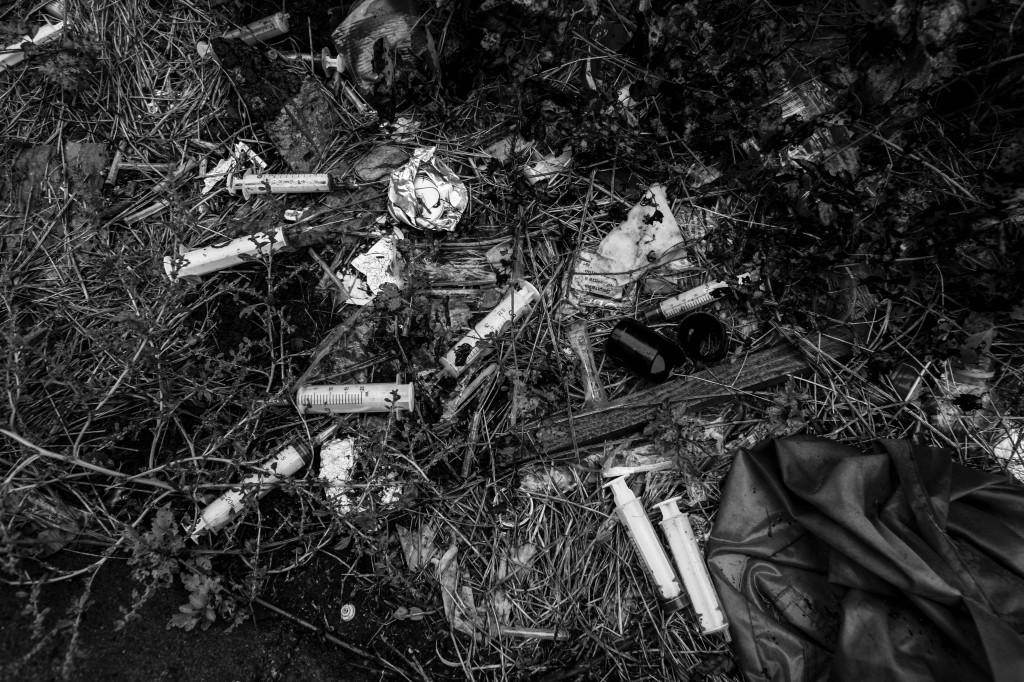 Used syringes are seen lying next to train tracks in a suburb of Sofia.